The terms “solar energy”, “solar power”, and “photovoltaic” are sometimes used interchangeably, though they mean different things. Solar energy refers to any way we harness the energy of the sun to our benefit. The “energy” umbrella includes having household water heated by the sun’s energy, or using clever architecture to trap the sun’s energy, as in greenhouses. Within the solar energy umbrella is the generation of electricity from the sun, which is called “solar power”. Solar power largely comes from two methods, one common (98% of solar power) and one uncommon (2% of solar power). The uncommon method is concentrated solar power, where mirrors concentrate sunlight into a central tower and heat a power generator, often a steam engine. The more common method is photovoltaic (PV) energy, the method many of you will immediately think about when you read solar power or solar energy.

So what are PVs, other than those blue-ish panels which generate electricity…somehow? Those ubiquitous panels work because of something called the photovoltaic effect. The photovoltaic effect occurs when units of solar energy, called photons, are absorbed by a photoactive material. An electron from that material is then energetically “excited” and creates a positive/negative paired charge. The excited charges can travel through the rest of the solar cell, which can act as a conductor for those excited charges. In a traditional solar cell, this charge is formed in a silicon crystal, as crystalline silicon is well attuned to absorb visible light. 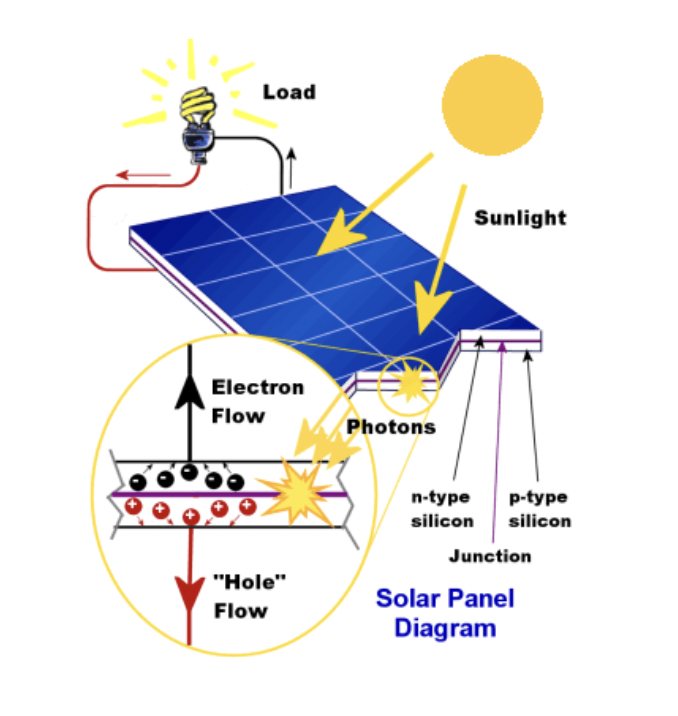 The heart of solar cells are semiconductors, like silicon. A semiconductor is a material that can transmit an electrical current if there is an external pressure to allow electrons to flow. In solar cells, this pressure comes from sunlight. The amount of sunlight that a semiconductor absorbs is determined by its “band gap”, a chemical property of all semiconductors. A band gap can be thought of as the amount of energy that a single photon must have to excite an electron into creating a current. If a band gap is too large, then only the most energetic portions of sunlight (blue light) will be turned into electricity and less energetic sunlight (red light) will not create free charges. If a band gap is too small, then most of the sunlight will be absorbed, but the excess energy between the photon and the band gap will be lost as heat. 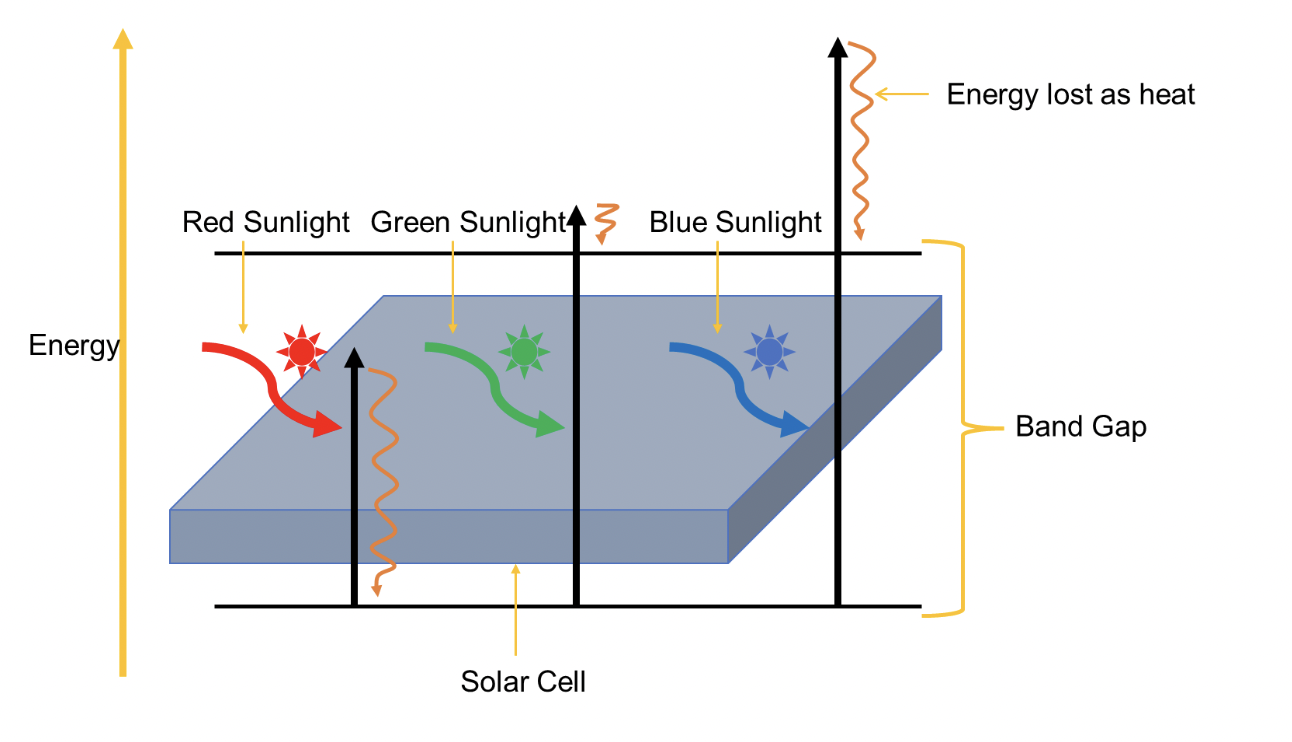 This interplay means that the most efficient solar cell built with a single semiconductor material can is about 33% (silicon cells are capped at about 29%), meaning that if 1000 watts of sunlight land on a solar cell, only 333 watts will be converted into electricity. This maximum efficiency can be boosted by building solar cells with multiple semiconductors in series, tuned to absorb different wavelengths of light more efficiently. These are called multi-junction, or tandem, solar cells and will be the topic of a future blog post. Currently, commercially available solar cells made of silicon have efficiencies of about 15 to 20%, while the best single-junction solar cells that have been demonstrated in labs is about 26% (as of 2022). If you’re curious about how the rest of the solar cells are built, check out our previous blog! In short, the semiconductor heart of a solar cell is coated with materials to improve conductivity, and attached to metal contacts. A series of solar cells make a solar module, and a series of solar modules make a solar panel.

Why do we continue to invest in this research? Well, solar modules are extremely clean once they are installed. They create zero waste during their operational lifetime of 25 years. PVs passively absorb sunlight to their electronic heart’s content, with no combustion, no changes in water flow, and with no need to store nuclear waste. While solar panels farms do require a lot of land, rooftops are a great example of mixed land-use, which solar thrives in. Very little useful land is lost by installing solar panels on your roof, and rooftop solar is effectively land-use free. The only land use costs go back to the earliest production stages, where mineral precursors have to be mined from the earth. Unfortunately, not every roof has the space available to deploy solar panels, and rooftop solar will not provide enough energy for a carbon-zero future on its own. 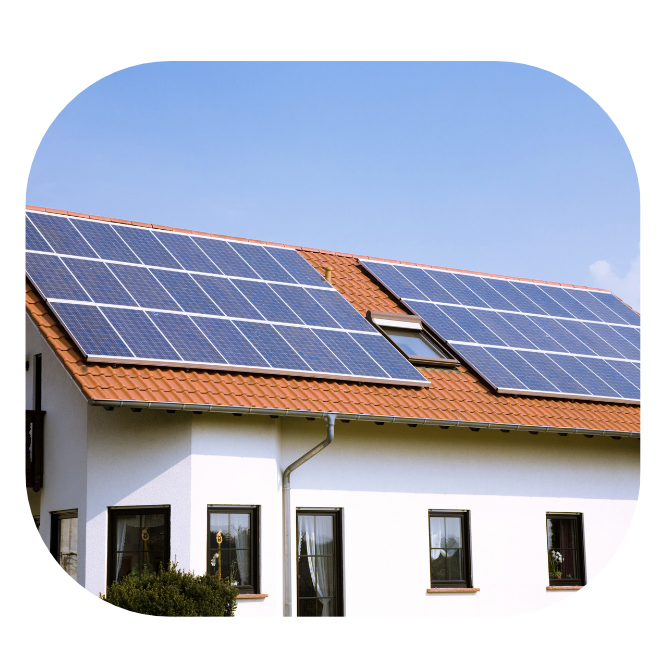 Since Solaires’ perovskite PV solutions will be both lightweight and flexible, they can be deployed in a decentralised manner around the world, with far more utility than rooftops. Lightweight perovskite PVs can be integrated into windows, allowing light they don't convert into electricity through. Flexible PVs can be installed on the roofs of cars and on the wings of airplanes. These combined benefits reduce land-use requirements even further and enable photovoltaic’s exploitation of microgrids. Crucially, photovoltaic microgrids can replace non-renewable energy in regions where existing power infrastructure does not reach. This would be a boon for remote communities who rely on combustion generators to fulfil their energy needs.